Ken Duke Jr. takes the win at the Hub City oval with VSS 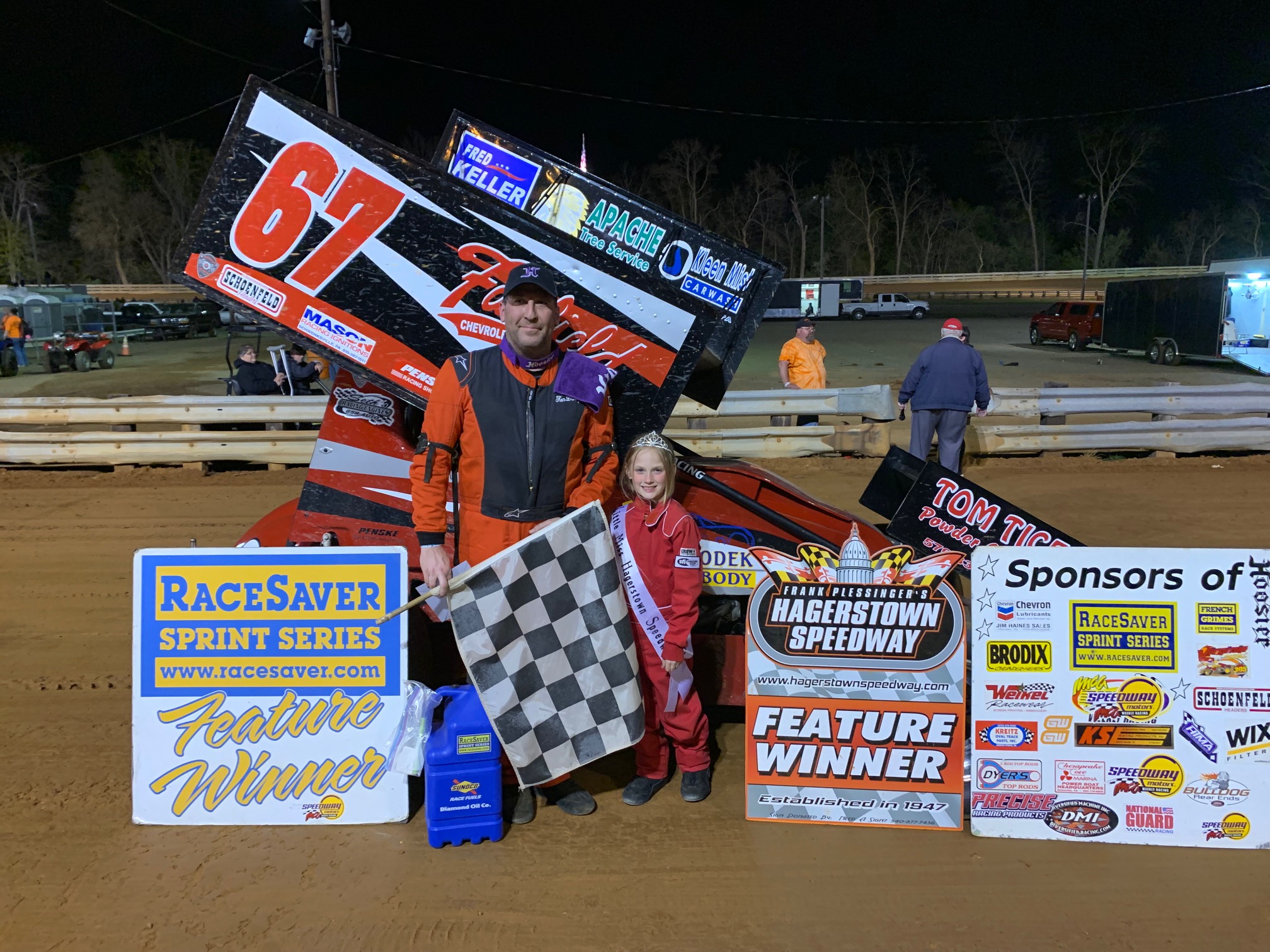 Ken Duke Jr. takes the win at the Hub City oval with VSS

By racesaver
Virginia Sprint Series
Laurel Highland Sprint Series
IMCA RaceSaver Sprint Series
Hagerstown Speedway, Maryland
Saturday April 23rd 2022
Ken Duke jr. takes the win at the Hub City oval
After a winning his heat race Ken Duke raced hard all feature taking the lead with four laps to go and going on to the win. Heats for the night were won by Ken Duke and Alyssa Rowe for the twenty cars on hand as the red clay oval was perfectly smooth sticky and dust free. The feature lined up with Scott Lutz and Chris Humblet pacing to green with Lutz out first and Duke in chase with the rest of the field dicing for a spot. Lutz and Duke stayed on the bottom as tenth starting Jerald Harris had found a high line to his liking and was a rocket as he made it to third by lap two. Harris swept into the lead on lap four up high as he had been running leaving Lutz and Duke to race for second with John Scarborough closing in. Laps clicked off as the track stayed great and Harris was flying out front by himself as everybody chased with Duke now second and Scarborough third.  The final laps were coming fast with Harris still up front with Duke now closing as something was not right with the leader on the straights but still flying in the corners. Duke got buy with four to go as Harris tried to hang on and was still fast in the corners, but it all finished when Harris slid to a stop in turn two. Duke led to the green with Scarborough second and now Tylor Cochran in third and nobody would stop Duke as he charged under the waving Checkered flag first. At the line it was Ken Duke jr., John Scarborough, Tylor Cochran, Scott Lutz, Daren Bolac, Fred Arnold, Alyssa Rowe, Ryan Lynn, Dakota Schweikert, Dale Schweikert, Bill Rice, Jay Fry, Jerald Harris, Steve Kenawell jr., Matt Mullins, French Grimes, Caleb Harris, Josh Spicer, Chris Humblet and Donny Hendershot.  Next week the VSS heads to Shenandoah Speedway in Virginia for the first pavement race of the year on Saturday night April 30th.
Thanks for your support Jim Haines Virginia Sprint Series                                      IMCA RaceSaver Sprint Series