Blitzkrieg at The Bridge Won by Bolac VSS 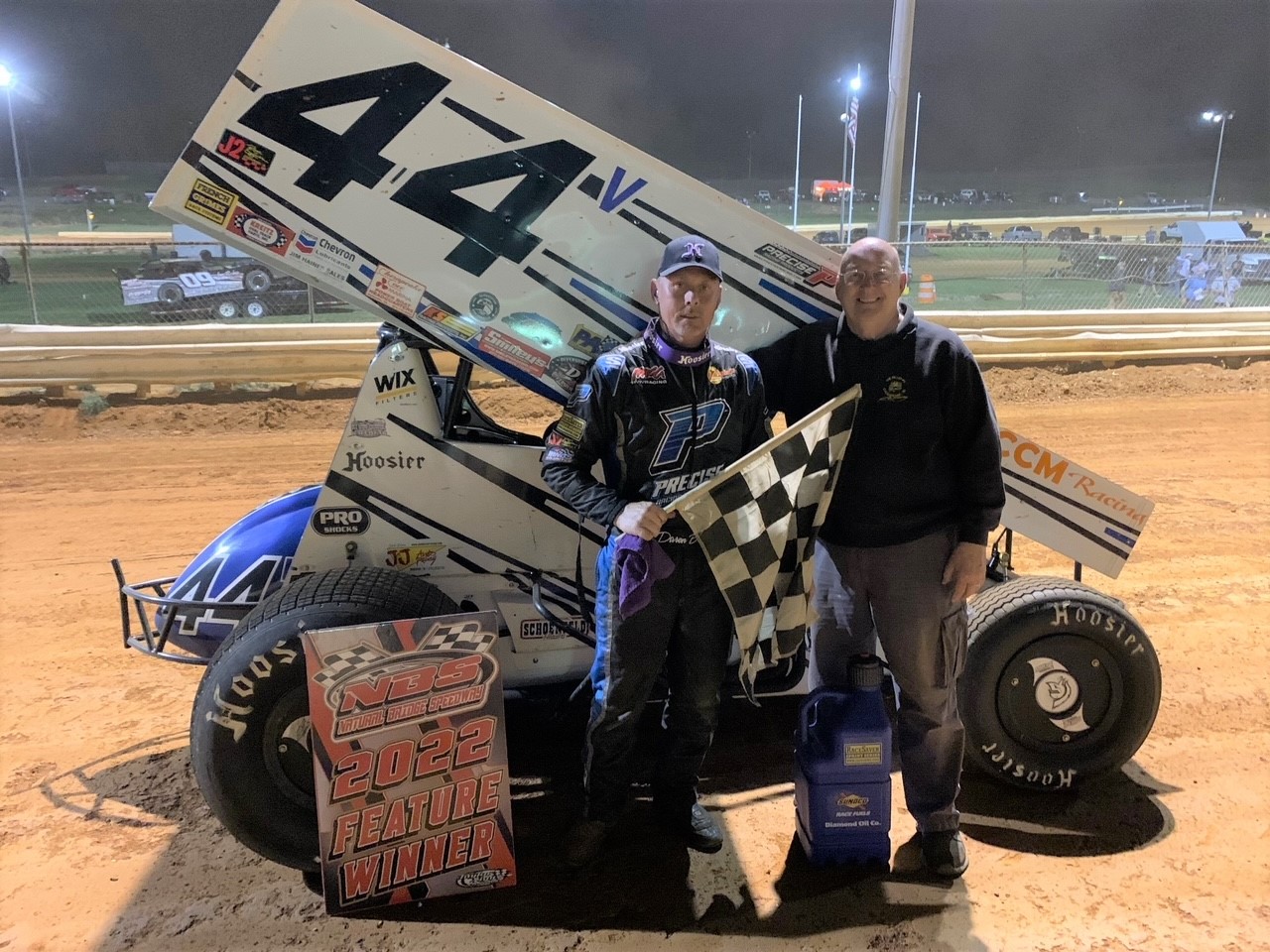 Blitzkrieg at The Bridge Won by Bolac VSS

By racesaver
Virginia Sprint Series
IMCA RaceSaver Sprint Series
Race # 1 Saturday April 16th 2022
Natural Bridge Speedway, Virginia
Blitzkrieg at The Bridge Won by Bolac
Daren Bolac streaked by the race long leader with a few laps to go for the win at the 2022 season debut. The feature only event had Mike Keeton and Daren Bolac on the front row of the fast banked oval they went green with Keeton out first and Bolac in tow. After a couple of quick cautions it went back green with the front two not getting away from the field as Jerald Harris Joe Leavel and Chris Humblet were all with in striking distance. Laps clicked off as Leavel got a by Harris and the top three were getting very close as lapped traffic was coming up. Keeton was right on a car to put a lap down when Bolac made his move to the bottom and got to the lead.  Keeton moved over to try re-pass for the lead at the same time Leavel popped over Keeton’s tire ending his night. Keeton stayed close for the closing laps but was not to be as Bolac would lead the rest of the way flashing under the checkered flag first. At the line it was Daren Bolac, Mike Keeton, Jerald Harris, Chris Humblet, Caleb Harris, Chris Ware, Joe Leavel, French Grimes, Matt Mullins and Bill Rice.
Next week the VSS will travel to Hagerstown Speedway for a joint show with the Laurel Highlands Sprint Series on Sat. night April 23rd
Thank you for your support, Jim Haines Virginia Sprint Series
IMCA RaceSaver Sprint Series