Billy Hubbard’s on Fire on the Mountain with VSS 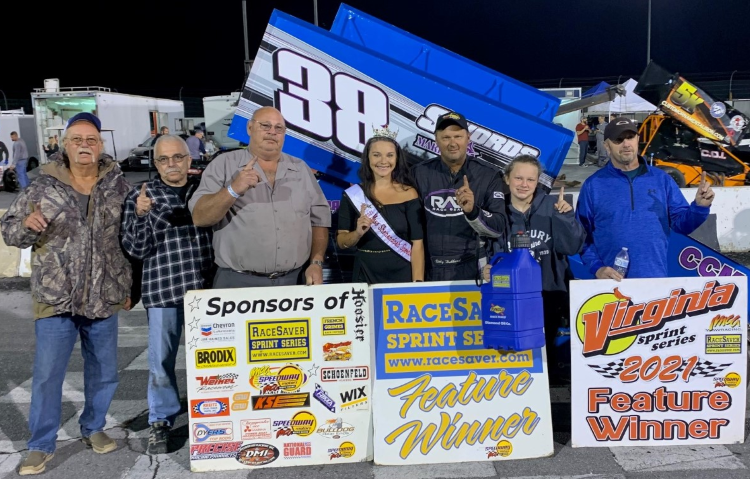 Billy Hubbard’s on Fire on the Mountain with VSS

By racesaver
Virginia Sprint Series
Race #16 Saturday September 25th 2021
IMCA RaceSaver Sprint Series
Shenandoah Speedway, Virginia
Billy Hubbard’s on Fire on the Mountain
Billy Hubbard raced to the front like a cat with its tail on fire then paced his right rear tire which he had smoking hard to the finish for his third win of the year. The feature only event had Matt Mullins and Chris ware on the front row as they went green with Mullins out first and Ware moving to the bottom. Jerald Harris was making a quick trip up high to the front right away. By lap two he was on Mullins and going by for the lead. With Harris out front and looking strong Mike Leraas had made it to second and was chipping away at the lead with Billy Hubbard working through the field to third. As the half-way flags were shown Mike Leraas shot to the lead with Harris now holding off Hubbard who was closing. Hubbard got by Harris and took off after Leraas as Harris was having a tire go down causing him to slow. Hubbard was really leaning on his car hard to get the lead and it paid off but at a price as he was streaking away his tire was feeling it. With a few laps to go Leraas was closing back-in but he was able to hold on by a few car lengths as the checkered flag waved at the mountain speedway. At the line it was Billy Hubbard, Mike Leraas, Jerald Harris, Matt Mullins, Bill Rice, Daren Bolac, Chris Ware, Caleb Harris, Mike Keeton and French Grimes. Next week it’s the season final at Langley Speedway in Hampton, Va. On Saturday night October 2nd.
Thanks for your support Jim Haines  Virginia Sprint Series IMCA RaceSaver Sprint Series