VSS Fireworks Before the Fourth for Billy Hubbard 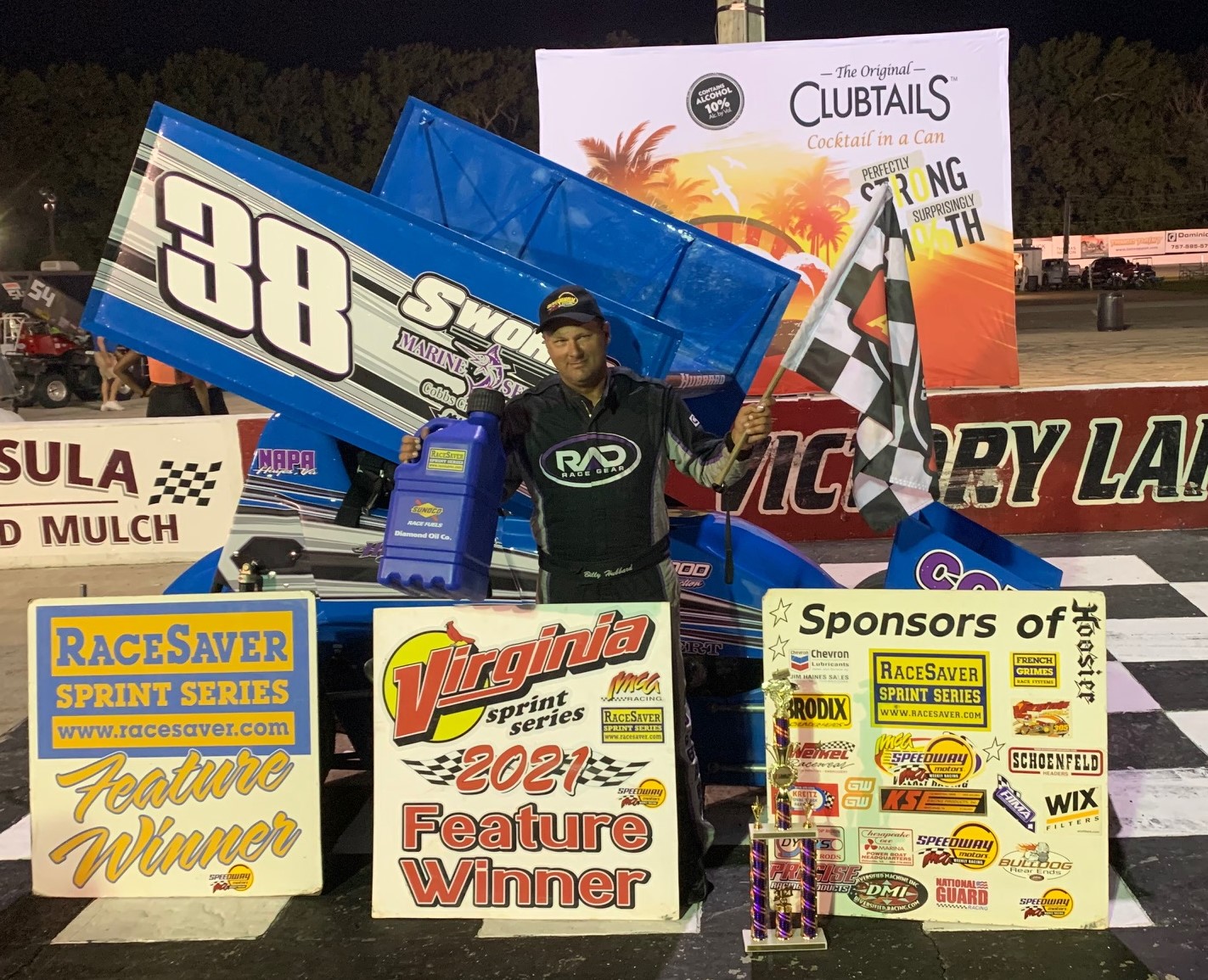 VSS Fireworks Before the Fourth for Billy Hubbard

By racesaver
Virginia Sprint Series
Race #9 Saturday July 3rd, 2021
Langley Speedway, Hampton, Va.
IMCA RaceSaver Sprint Series
Fireworks Before the Fourth for Billy Hubbard
The Annual 4th of July weekend trip to Langley Speedway was once again fast and exciting as Billy Hubbard added his name to the winners list. Heats for the evening kicked off with Jerald Harris and Billy Hubbard taking wins. Chris Ware and Matt Mullins paced the field to green with Mullins out first looking smooth and strong with Mike Leraas and Billy Hubbard on the charge. Mullins was keeping distance as they entered traffic, but the field began to close until Mullins bobbled and Leraas and Hubbard shot by. Now with Leraas leading Hubbard was shadowing him as Jerald Harris and Mike Keeton were joining the fight. Laps really click off on the pavement races so traffic is always in the mix and this time as they closed in to lap a car Hubbard swept by for the lead with Leraas now chasing. Lap after lap with the end closing Leraas was making a final charge with Mike Keeton now third. With the checkered flag in sight the charge would fall a little short as Billy Hubbard would fly under the waving checkered flag first. At the line it was Billy Hubbard, Mike Leraas, Mike Keeton, Bill Rice, Chris Humblet, Bill Mullis, Chris Ware, Jerald Harris, Caleb Harris, Darren Bolac, Matt Mullins and French Grimes. Next week the Virginia Sprint Series will take off as the race at Motor Mile Speedway has been cancelled but will swing back into action on Saturday night July 17th at Shenandoah Speedway. Thanks for your support Jim Haines Virginia Sprint Series IMCA RaceSaver Sprint Series