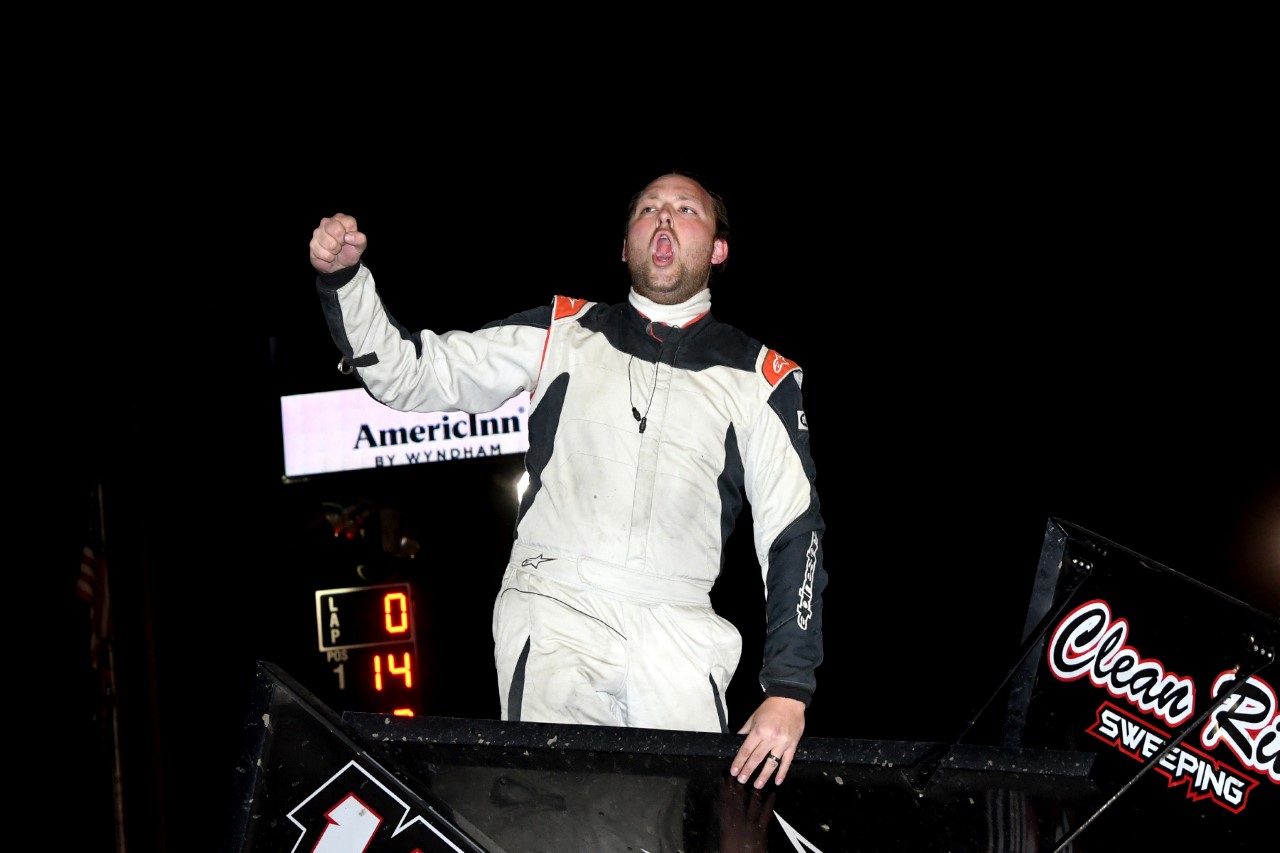 Mother Nature may have caused the Icebreaker Challenge to cancel last week, but she relented this week allowing A1 Iron Corp. and Nebraska Lottery to present Start your Engines- Season Opener last evening at Eagle Raceway. The large crowd that braved the cool temperatures were rewarded with 16 heats, a C Feature and 5 B Features preceding the A Mains for each class. Wheel to wheel action the whole night was the answer to every race fan’s prayers after a too long, too cold winter.
There were no serious incidents in the preliminary races.
The last A Main of the night was for the Duros Dent Works IMCA Racesaver Sprints. The action was slowed on lap one when the 97 of Nate Johnson came to a halt in turns 1 & 2. Shon Pointer pulled to the infield after stopping and several tries to get him restarted failed. Adam Gullion’s 91, the 47 of Cody Ledger, Trevor Grossenbacher and the 4W of Nate Weiler led the first official lap. Tyler Drueke put his #12 into fourth on lap 3. Grossenbacher passed Ledger with 10 to go to snag second but Ledger regained the spot the next time around as Joey Danley put the 14 into fourth. Drueke again moved to second the next lap and took over the top spot 2 laps later with Danley moving up to third. Danley kept advancing moving up to second with 2 to go and overtaking Drueke on the final circuit. The top 4 were Danley, Drueke, Gullion and Ledger.
This is Joey’s 8th year racing a sprint car. “That was a blast!! That’s probably the most fun race I’ve ever been a part of. We started kind of deep, and when I got up to fifth, I was watching those guys battle and they messed around so much that we caught up to them. Then I found the rubber in 3 and 4 and they didn’t so I snookered them a little bit. We’re going to try to be here every week this year and run for points. We started that off pretty good tonight”. Joey’s sponsors include Empire Fencing, The Wave, Cleanright Street Sweeping, Nissen Hardwood Floors, Russell Shoulders Race Engines and Onyx Wraps.

The racing continues next Saturday as Hotsy and Empire Fence present May Day Madness. All 5 classes will be in action with the Duros Dent Works Sprint cars, Nebraska Lottery Modifieds, A1 Iron Corp. Stock Cars, Modern Real Estate Sportmods and Valentino’s Hobby Stocks.   Front gates open at 5:00. Adult admission is $12, youths 6-12 are just $5 and children 5 and under are free. Pit gates open at 3:30 with pit admission being $30.