Billy “Hollywood”Hubard is the Shining Star 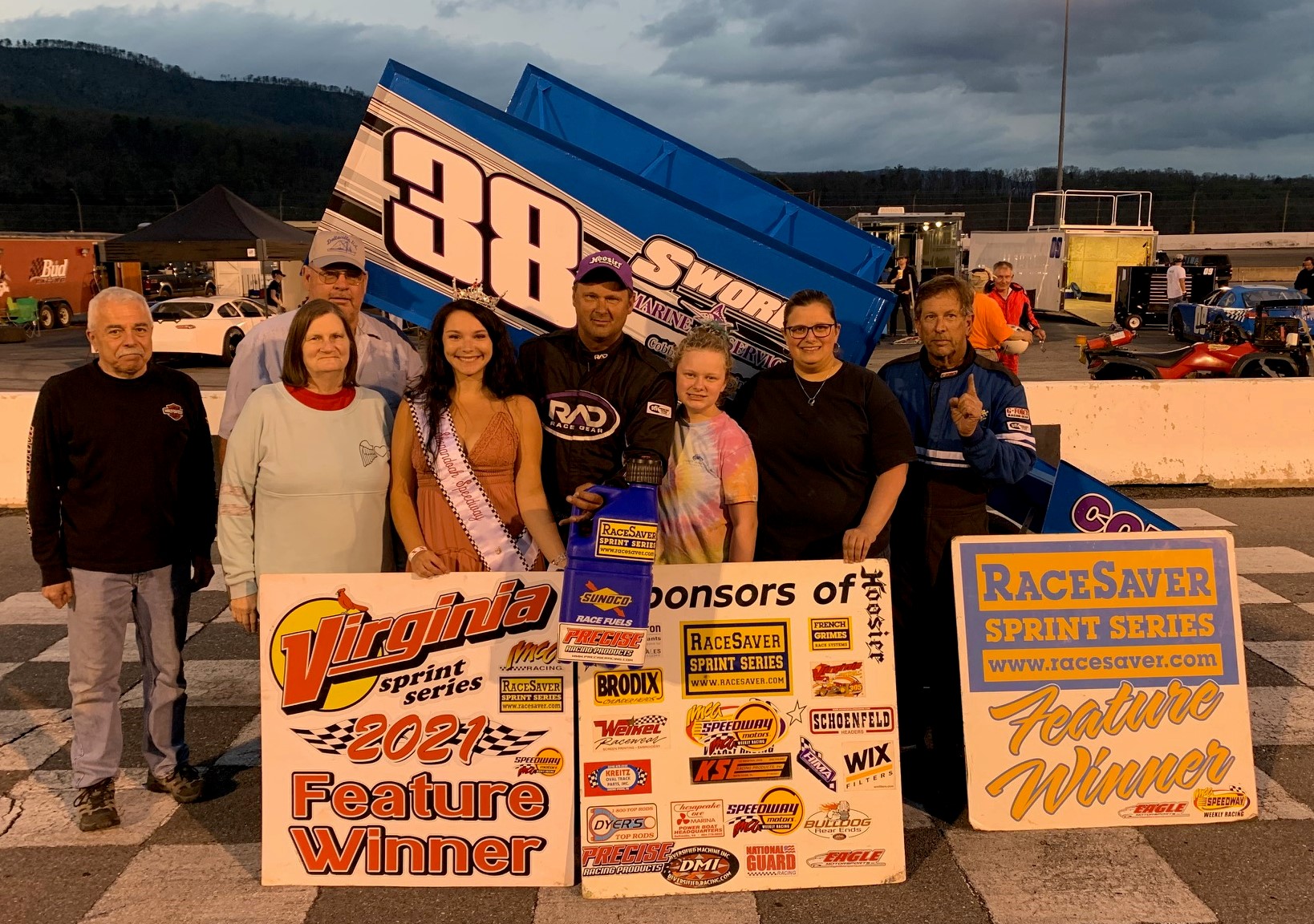 Billy “Hollywood”Hubard is the Shining Star

By racesaver
Virginia Sprint Series
Race#1 Saturday April 10th 2021
IMCA RaceSaver Sprint Series
Shenandoah Speedway, Virginia
Billy “Hollywood”Hubard is the Shining Star
Billy Hubbard has raced stock cars for many years and after stepping in to a sprint car last year he has been a quick study and swept the opening night show at Shenandoah. Heat races kicked off the night with Bill Rice and Billy Hubbard taking wins on the warm spring evening. Matt Mullins and Billy Hubbard paced the field to green with Hubbard out front first and Mike Keeton hanging close with Jerald Harris getting to third quickly. Billy Hubbard showed lap after lap the car was working and he was smooth driving as Mike Keeton was keeping the pressure on with Jerald Harris keeping them within striking distance as the race wore on. Mike Keeton gave it a final push as the laps were winding down but it would not be enough as Billy Hubbard flashed under the checkered flag first for his first win in a sprint car after many years of late model racing and many wins in those. At the line it was Billy Hubbard, Mike Keeton, Jerald Harris, Bill Rice, Matt Mullins, Caleb Harris, French Grimes, Bill Mullis, Mike Leraas and Chris Ware. Next week it’s the first dirt race of the season at Natural Bridge Speedway on Saturday night April 17th.
Thanks for your support Jim Haines Virginia Sprint Series
IMCA RaceSaver Sprint Series