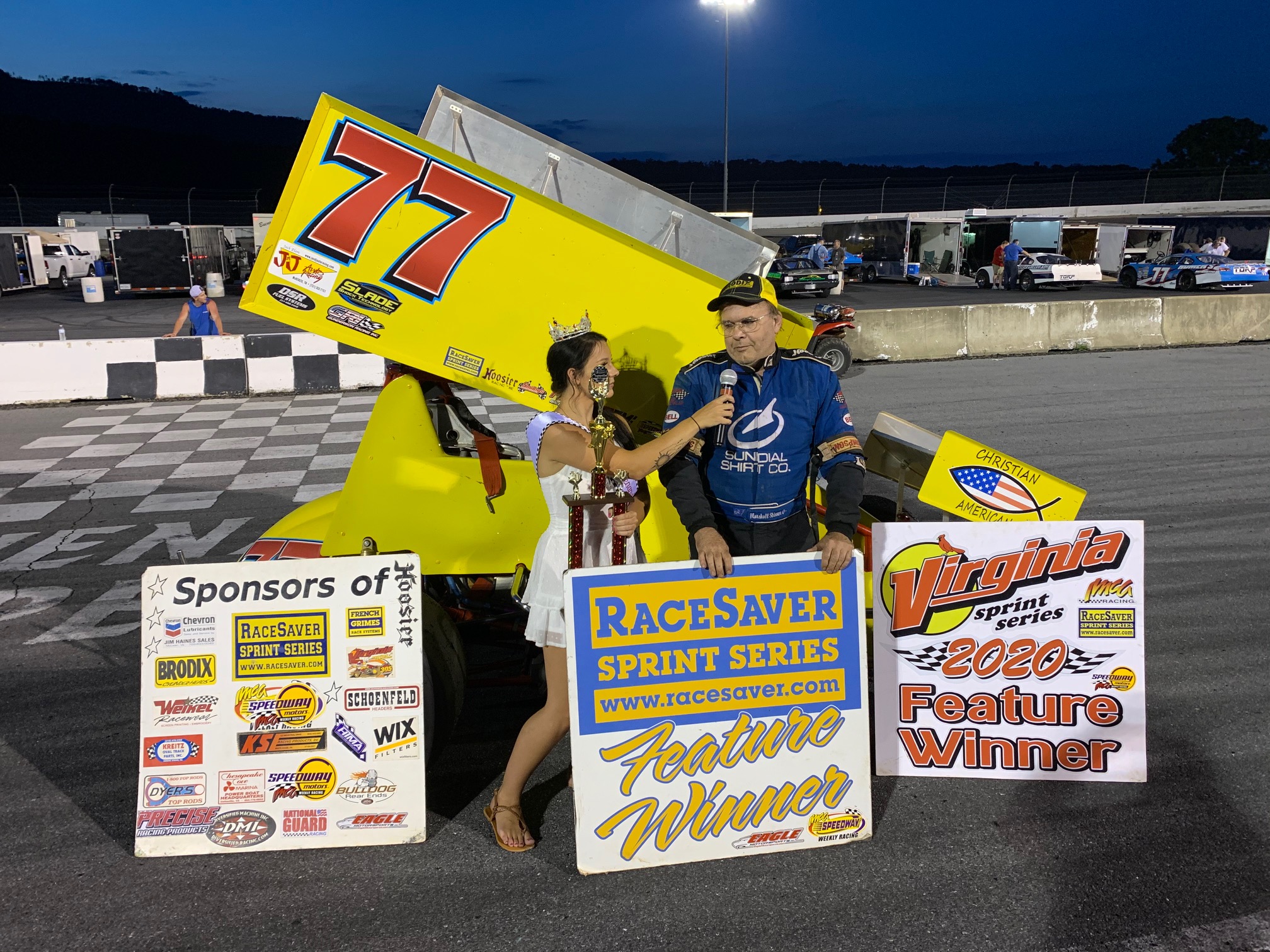 By racesaver
Virginia Sprint Series
Race #4 Saturday July 18th 2020
IMCA RaceSaver Sprint Series
Shenandoah Speedway Shenandoah, Virginia
Mike Leraas Wins by a Nose
On the hot humid summer day the real heat was on the track as Mike Leraas won his first race of the year by a few feet. The feature only pavement race had Chris Ware and Mike Leraas pace the field to green with Leraas out first and Jerald Harris on his bumper. Bill Rice was racing with Chris Ware to get third as the front two were already hard at it for the top spot lap after lap. Rice got by Ware and Billy Hubbard was now all over Rice for third. After a quick yellow for something laying on the track it was back at it again. Lap after lap Harris would get in the turns better but Leraas was getting off better and they were never more than a few feet apart. Hubbard got by Rice for third with a few laps to go and kept the front to in his sights as the laps were running out. Harris was getting closer as the white flag waved and it would be a dash for the finish. With checkered flag in the air Harris moved high to the outside and put on a run that would fall three feet short as Leraas got to the line first. At the line it was Mike Leraas, Jerald Harris, Billy Hubbard, Bill Rice, Mike Keeton, Chris Ware and Daren Bolac. Next Friday night is the final Fast Friday Race of the year at Dixieland Speedway in Elizabeth City, NC. on the July 24th.