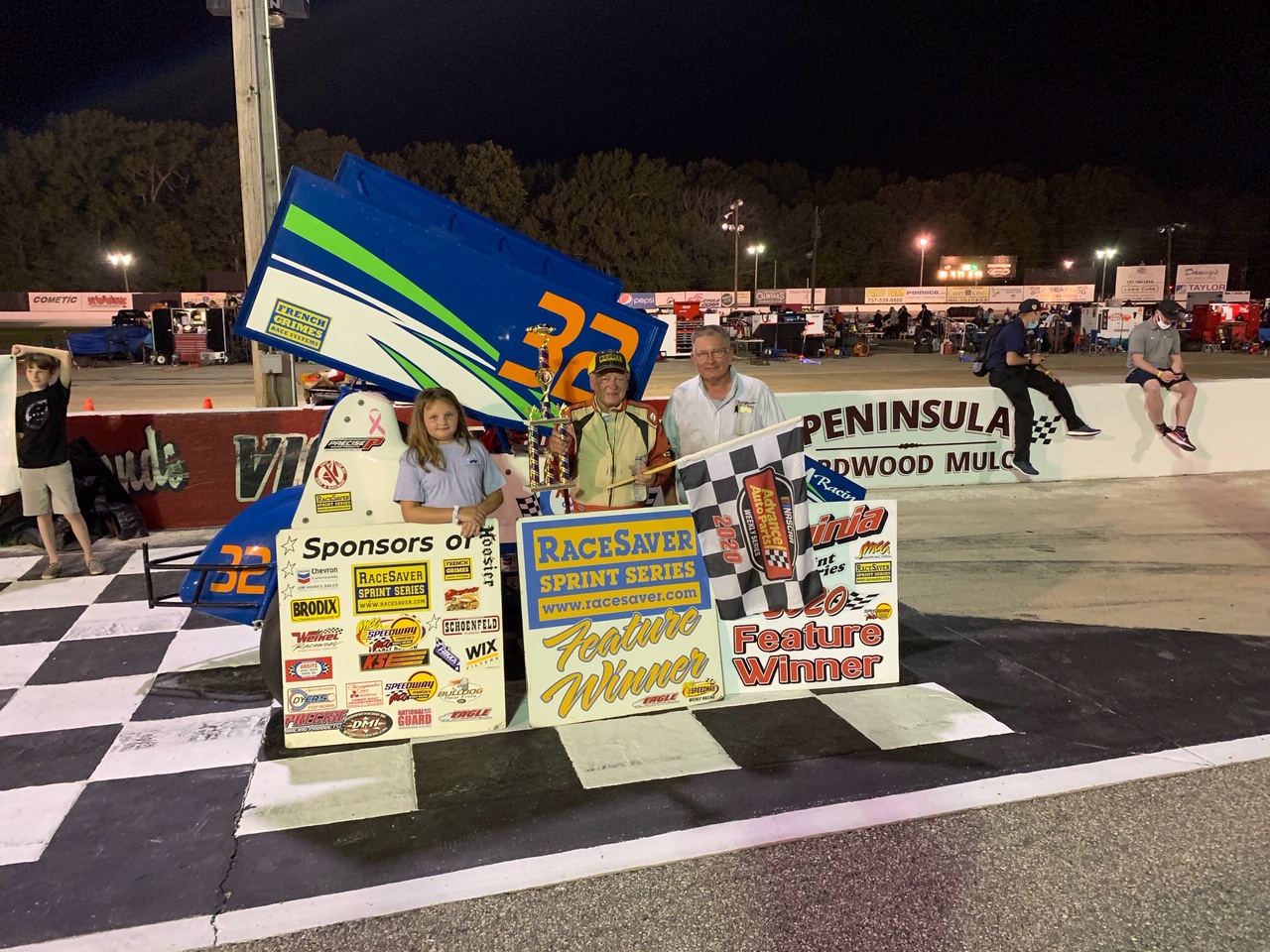 By racesaver
Virginia Sprint Series
Race #3 Saturday July 4th 2020
IMCA RaceSaver Sprint Series
Langley Speedway Hampton,Va.
Bill Rice is the July 4th Rocket
Bill Rice showed his heat race win was no fluke as he was a rocket all night to his first win of the year. On a hot summer day heat races kicked off the Independence Day race with Bill Rice and Bronzie Lawson taking wins. On to the feature with Bill Rice and Matt Mullins pacing the field to green but after a problem a restart would be needed with Rice out first and staying low and fast. After a shuffle at the front Daren Bolac would settle in to second with Mike Leras and Jerald Harris following in close. Harris would make the move first to work his way to the front with Bolac holding off Leraas until halfway then he worked his way by. Mike Keeton was showing speed after a pit stop on the start and was working his way up. Rice continued to lead as Harris was closing it lap after lap with Leraas staying close and Keeton worked his way to fourth. Harris was less than a second as the white flag waved but could get no closer as Bill Rice flashed under the checkered flag first. At the line it was Bill Rice, Jerald Harris, Mike Leraas, Mike Keeton, Daren Bolac, Matt Mullins, Billy Hubbard, Erin Statler, Chris Ware, Charlie Ware, Jack Rice and Bronzie Lawson. The Jim Oshield’s Hard Charger award went to Mike Keeton after coming back to fifth because a pit stop dropped him to last at the start. Next week Saturday July 11th it’s back to Natural Bridge Speedway for the first visit of the year.
Thanks for your support Jim Haines Virginia Sprint Series
IMCA RaceSaver Sprint Series