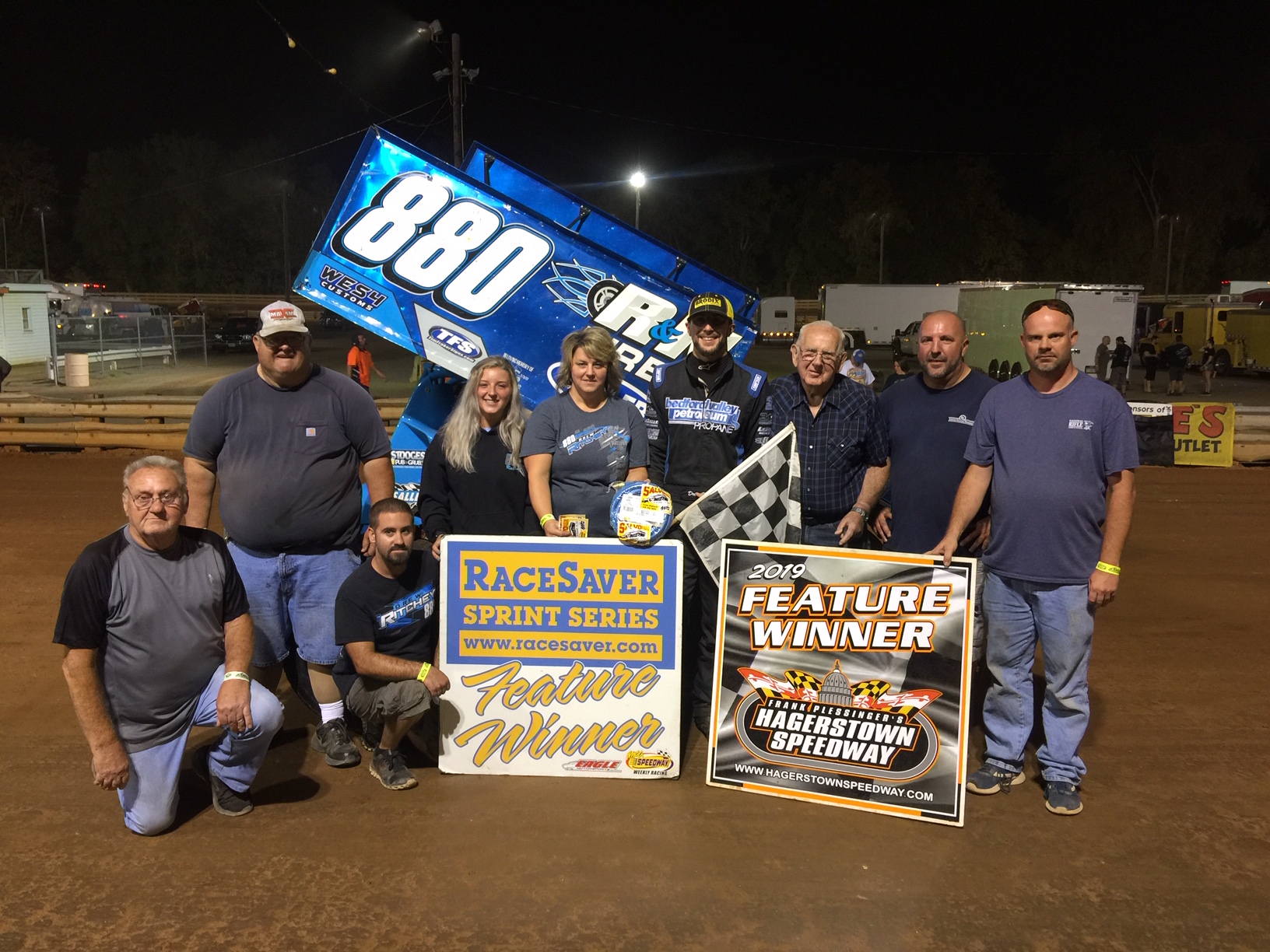 By racesaver
Virginia Sprint Series
Laurel Highlands Sprint Series
PA. Sprint Series
VSS Race #18 Sunday September 22nd 2019
IMCA RaceSaver Sprint Series
Hagerstown Speedway Maryland
Drew Ritchey Sails to the Win
With thirty sprinters on hand Drew Ritchey was able to stay smooth and fast never faltered under constant pressure to take his first win at Hagerstown Speedway. Three heats kicked off the night won by Dave Grube, Ryan Lynn and Brad Mellott and to round out the field the B main was won by Christian Rumsey. The feature was paced by Reed Thompson and Drew Ritchey and when the green waved it was Ritchey out first with Ken Duke quickly to second and by lap two Ryan Lynn in the group also with Mellott right behind. Ritchey was staying smooth out front not giving Duke and opening with Lynn staying right there with Scott Lutz closing in on the front bunch. It all went wrong for Duke with a spin at half way causing him to go to the rear for the restart. It was now Ritchey, Lynn, Lutz with Grube and Jaremi Hanson packing the front as the laps were clicking down. Lynn was staying right there but Ritchey was just clicking the laps off and keeping the distance as the battle was over third fourth and fifth. With the checkered flag waving Drew Ritchey powered under it for his first win at the speedway. At the line it was Drew Ritchey, Ryan Lynn, Scott Lutz, Dave Grube, Jaremi Hanson, Doug Dodson, Tim Stallings, Christian Rumsey, Dylan Proctor, Zach Newlin, Ken Duke, Jake Waters, Lawrence McVay, Erin Statler, Brad Mellott, Jake Frye, Daren Bolac, Reed Thompson, Randy Sterling, Ron Aurand, Bill Rice, Todd Lynn, Kassidy Kreitz and Kyle Keen.
Non-transfer spots Colton Hoover, Dave Wickham, Charlie Ware, Chris Ware, Kurt Knepper and Jimmy White. This was the last race of the year for the Virginia Sprint Series the others have events to finish up their seasons.