PASS visits ‘the Groves’ this weekend 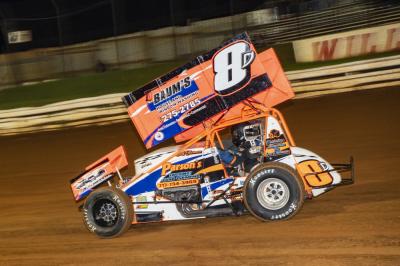 PASS visits ‘the Groves’ this weekend

After running for the final time in 2019 on their smallest bullring, the PA Sprint Series teams move to two of their largest venues, supporting major 410 sprint races Friday night at Williams Grove Speedway and Saturday night at Selinsgrove Speedway.

Both nights’ shows will feature sprint cars only, and both PASS/IMCA features will be 20 laps.

Friday night’s race will be the Dirt Classic Qualifier and the next-to-last race in Williams Grove’s Diamond Series for 410s. Adult admission is $18 ($10 for youth). Gates will open at 5:30 p.m. with racing at 7:30.

This will be the only PASS feature this season at Williams Grove. Rain washed out an event scheduled last spring. Veteran driver Scott Ellerman of Landisburg is the only former PASS winner at Williams Grove pre-entered, but about 30 other drivers will be trying to join him on that winners’ list.

This is the final of four appearances for PASS at Selinsgrove. Hometown racer Ken Duke Jr., who leads the national RaceSaver Sprint points, won the first two races, and Devin Adams took the most recent event. Both are entered for Saturday.

Next weekend, PASS joins the Laurel Highlands Sprint Series for a pair of co-sanctioned races at Bedford Speedway on Saturday and Hagerstown Speedway Sunday. For more schedule and other details, go to www.pasprintseries.com, and follow PASS on Facebook for the latest news.