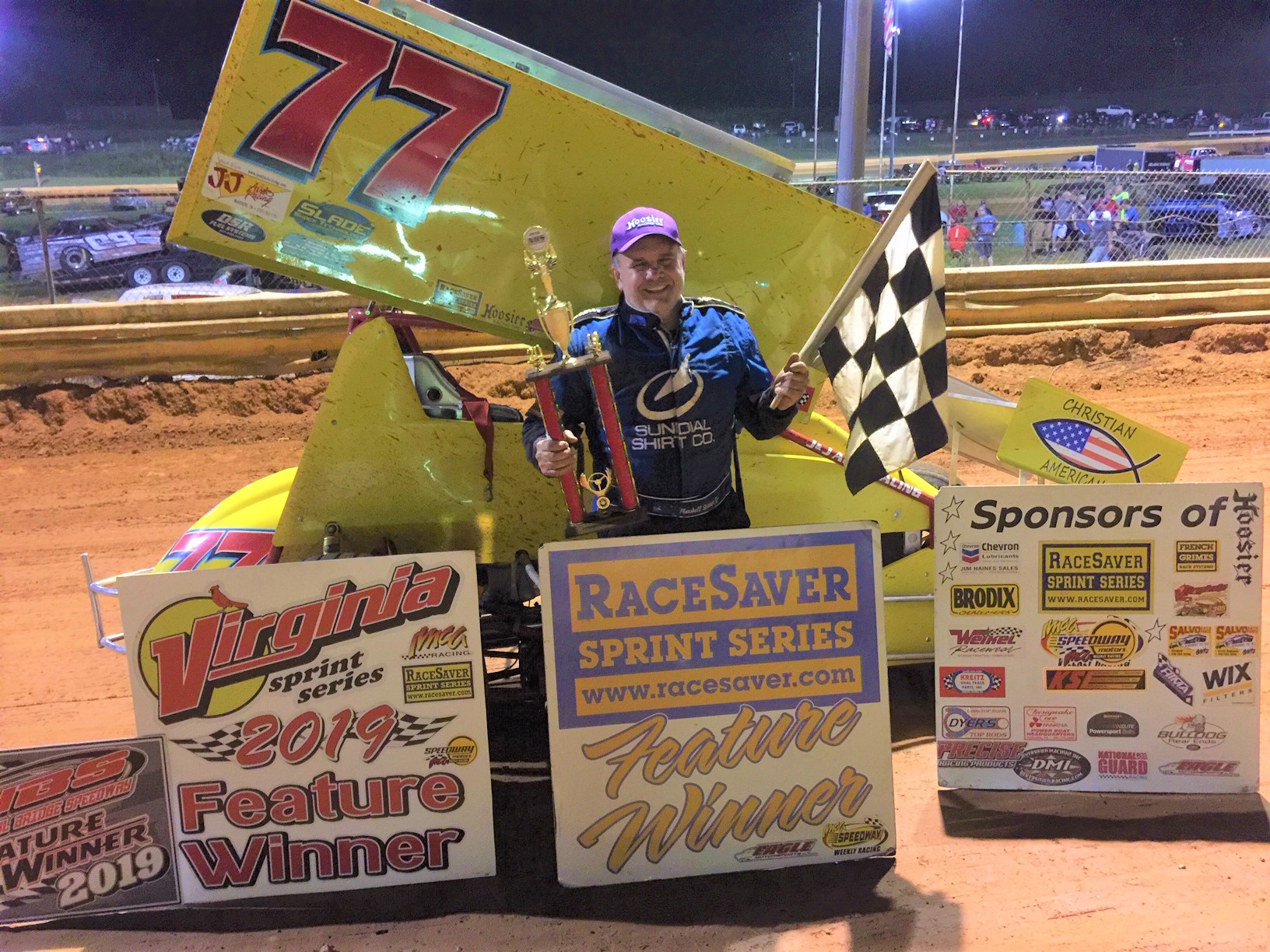 By racesaver
Virginia Sprint Series
Race 16 Saturday September 17th 2019
IMCA RaceSaver Sprint Series
Natural Bridge Speedway, Va.
Mike Leraas One Spot Better At The Bridge
After missing a couple of races for the weather events it was back to the Bridge and Mike Leraas turned a second place finish last race here in to a win this race. On a steamy hot evening the race track was smooth and slick with two lines that were both fast, Chris Ware and Bill Rice paced the field with Rice out first and Tom Humphries on him. Rice stayed smooth and kept Humphries behind until lap four with Humphries getting by just as Leraas made making his way to Rice with Jerald Harris making his way to the front as well. Humphries was moving away as Leraas got by Rice leaving Harris to work on Rice for third. A car slowed for a quick caution but now the field was bunched up as the green waved with Humphries staying high Leraas went low and after two laps of back and forth Leraas made it to the front. Harris got by Rice and was now after Humphries. With eight laps to go Harris made it to second but Leraas was not to be caught as he raced under the waving checkered flag first. At the stripe it was Mike Leraas, Jerald Harris, Tom Humphries, Bill Rice, Daren Bolac, Chris Ware, Charlie Ware and Matt Mullins. We will be heading out west to Eagle Raceway in Eagle Nebraska for the IMCA RaceSaver Nationals starting on Thursday August 29th through September 1st.
Thanks for your support Jim Haines Virginia Sprint Series IMCA RaceSaver Sprint Series