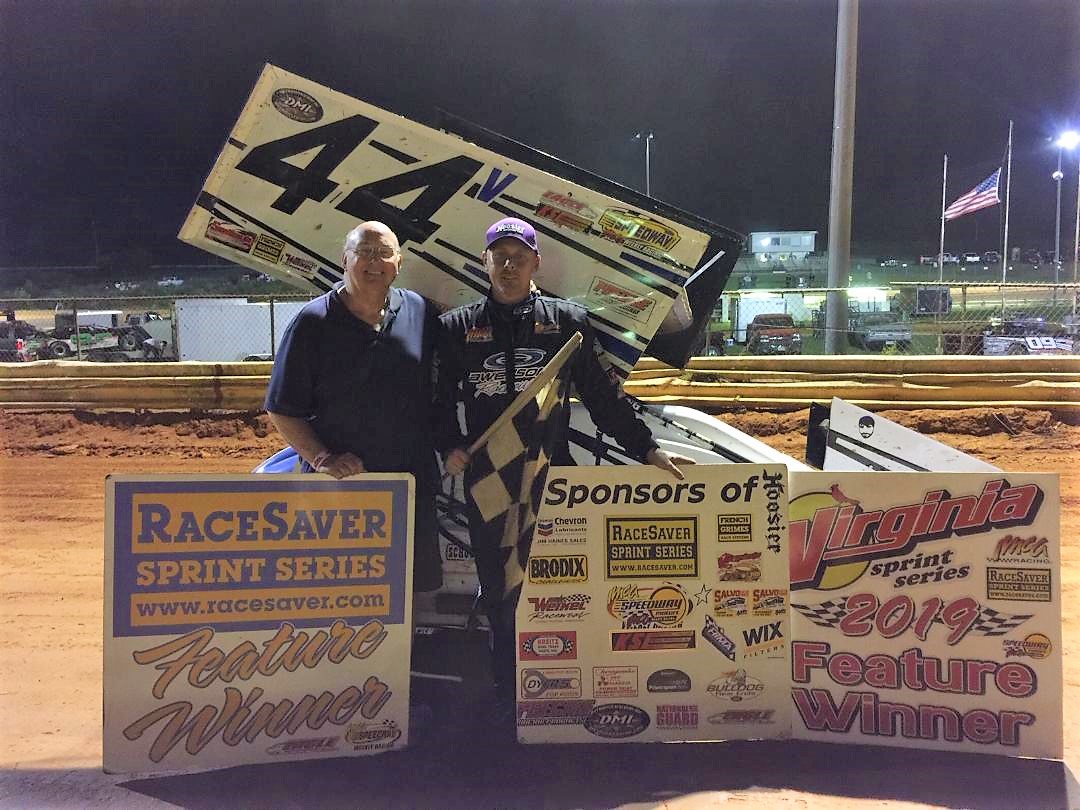 By racesaver
Virginia Sprint Series
Race #12 Saturday July 13th 2019
IMCA RaceSaver Sprint Series
Natural Bridge Speedway, Virginia
Daren Bolac Blazes at The Bridge
Daren Bolac changed almost everything after the heat and it really paid off as he took his first win of the year. Heat races were first with Mike Leraas and Nick Tucker taking wins. Bill Rice and Daren Bolac rolled the field to green for the feature with Bolac out first and Rice staying low in second with Mike Lerass and Nick Tucker fighting for third. Lerass was using Bolac’s line to get a run on Rice and quickly he was in second. Jerald Harris and Scott Lutz were making their way to the front and soon were on Rice with both getting by in few laps and went after Tucker as Leraas and Bolac were now in a battle for the lead. Lap after lap as the field were chasing the front duo they had a high line low line battle for the lead that went on for twenty laps neither making mistakes giving an advantage to the other. With ten to go Harris and Lutz got Tucker and tried to chase down the front duo.  Bolac had the highline working coming out of the corners and Leraas has the low line working better getting in to the corners. Leraas was trying everything and with two laps to go threw everything at it and would get close every turn but Bolac would stay smooth and power off the top to stay out front and went under the waving checkered flag for the first time this year. At the line it was Daren Bolac, Mike Leraas, Jerald Harris, Scott Lutz, Nick Tucker, Bill Rice, Tom Humphries, Jake McLain, Chris Ware, Matt Mullins and Charlie Ware. Next Week it’s back to Shenandoah Speedway on Saturday July 20th
Thanks for your support Jim Haines Virginia Sprint Series IMCA RaceSaver Sprint Series