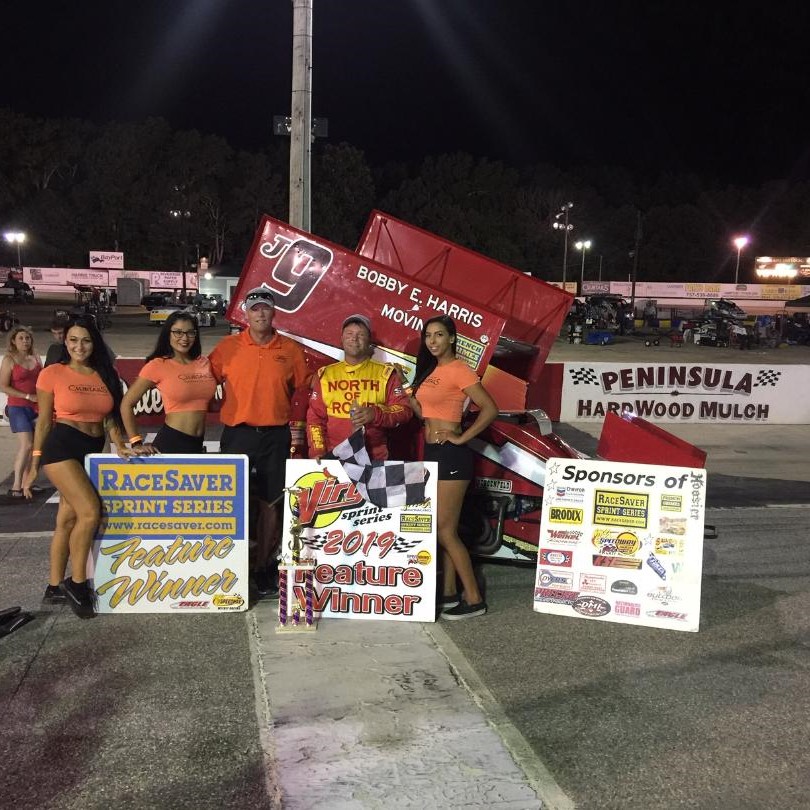 Virginia Sprint Series
Race #11 Saturday July 6th 2019
IMCA RaceSaver Sprint Series
Langley Speedway, Hampton, Va.
Jerald Harris is the Fireworks at Langley
The annul visit to Langley Speedway for the fourth of July had Jerald Harris go off like a rocket in the feature for his first win at the tidewater area speedway. Heats kicked off the night with Matt Mullins and Bill Rice taking wins. Matt Mullins and Bill Rice paced the field to green with Rice out first leading lap one with Harris right on him with Mike Leraas in tow. On lap three Harris showed changes made after the heat were correct as he went to the front and took off leaving Rice to deal with Leraas for second. On the pavement the laps shoot by quick and once Harris caught traffic he used his patients to weave his way through it and was able to add to his lead. Rice and Leraas got caught behind a battle for positions when they got to the traffic and as they made their way through they would have to settle for racing for second as Harris was gone. With a great lead Harris took the checkered flag over Rice and Leraas. At the line it was Jerald Harris, Bill Rice, Mike Leraas, Matt Mullins, Charlie Ware, Chris Ware, Erin Statler, Daren Bolac, Jack Rice and Mike Keeton. Next week its back to the dirt on Saturday Night July 13th 2019 at Natural Bridge Speedway in Virginia.
Thanks for your support Jim Haines Virginia Sprint Series IMCA RaceSaver                Sprint Series