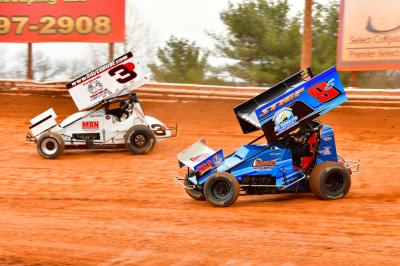 The PA Sprint Series will be joined by the Mid-Atlantic Sprint Series for co-sanctioned racing at BAPS Motor Speedway Saturday (July 6). The Super Sportsman cars, street stocks and extreme stocks also will be in action, with the Street Stock 40 scheduled for that division.

This will be PASS/IMCA’s fifth race at BAPS this season. Zach Newlin has won two of the previous four, with single wins for Cale Reigle and John Walp. This is the first of three co-sanctioned events at the track.

Ken Duke Jr. currently leads the overall PASS/IMCA point standings (and the national RaceSaver Sprint standings), with Newlin in second. Doug Dodson, Reigle and Devin Adams round out the Top 5.