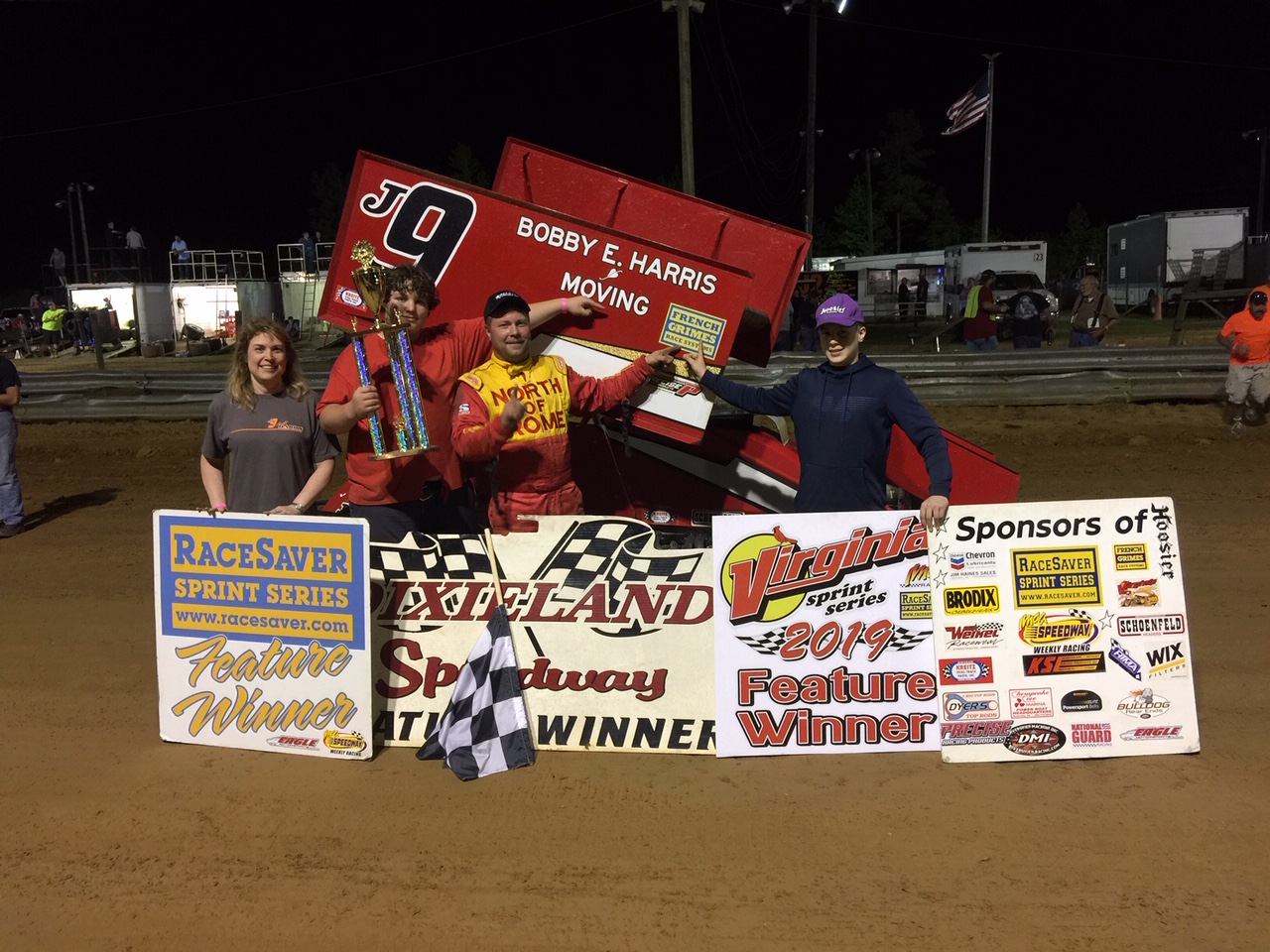 By racesaver
Race #4 Friday May10th 2019
Fast Friday race 1
IMCA RaceSaver Sprint Series
Dixieland Speedway, Elizabeth City, NC.
Jerald Harris Fly’s High to Dixieland Win
Jerald Harris moved to the top and took off for his first win of the year to top a Fast Friday fast field at the Carolina coast speedway. Heats kicked off the night with Andy Best and Brandon McLain topping those. Charlie Ware and Bill Rice paced the field to green with Harris going to the top and flying around to lead lap one with Rice holding off John Karklin for second and Bronzie Lawson in fourth. Karklin got by Rice as did Lawson and Brandon McLain but Harris was up high and rolling keeping distance on the field. The top group was racing hard to catch Harris as the laps were clicking off with Andy Best and Jake Karklin trying work up the field before laps ran out. After a quick caution for a spin Harris was back to the top and rolling Lawson fell out but was replaced by Best and Jake Karklin work up the top five. With the white flag in sight Best was under John Karklin and Jake Karklin was all over dad John for third. As the checkered waved Jerald Harris flashed by for his first of the year with Best second and John Karklin holding of son Jake of third. At the Line It was Jerald Harris, Andy Best, John Karklin, Jake Karklin, Brandon McLain, Daren Bolac, Ben McCall, Bill Rice, Charlie Ware, Chris Ware, Bronzie Lawson and Matt Mullins. Next Week the VSS will travel to Natural Bridge Speedway on Saturday night May18th.
Thanks for your support Jim Haines Virginia Sprint Series IMCA RaceSaver