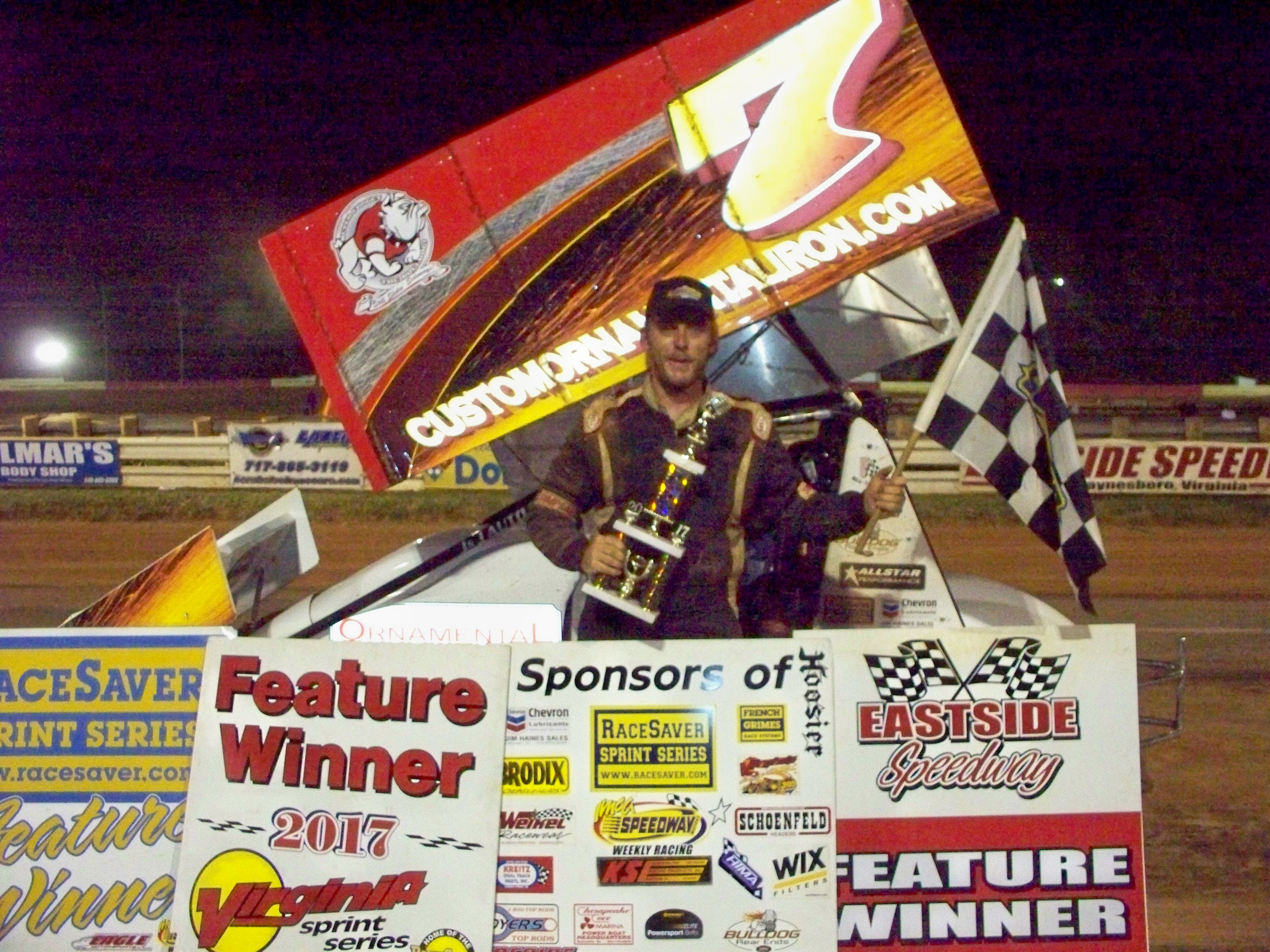 By racesaver
Virginia Sprint Series
Race #14 Saturday July 15th 2017
IMCA RaceSaver Sprint Series
Eastside Speedway Waynesboro, Va.
Troy Severin Second No More
Troy Severin was fast Friday in Carolina and came through the field for another second place finish but that was just a preview of Saturday were he would lead the way for his first win ever. Heats kicked off the night where Mike Keeton and Troy Severin lead the way before it was off to the feature where they paced the field to green. Troy was out first and keeping Keeton at bay as Daren Bolac and Mike Lerass were chasing them down. Leraas got by Bolac and went after Keeton but went in to turn one too hot and spun ending his chance for the night. With the green out again Severin stayed smooth and fast on the bottom as he had been and streaked under the waving checkered flag for win number one with Keeton close behind. At the stripe it was Troy Severin, Mike Keeton, Tom Humphries, Daren Bolac, Tony Harris, Anthony Linkenhoker, Bill Rice, Chris Ware, Neil Sandridge, Charlie Ware, French Grimes jr., Mike Leraas and Brian Lawson. The Virginia Sprint Series takes off next weekend before heading to Shenandoah Speedway on Saturday July 29th.
Thank you for your support  Jim Haines Virginia Sprint Series                                     IMCA RaceSaver Sprint Series