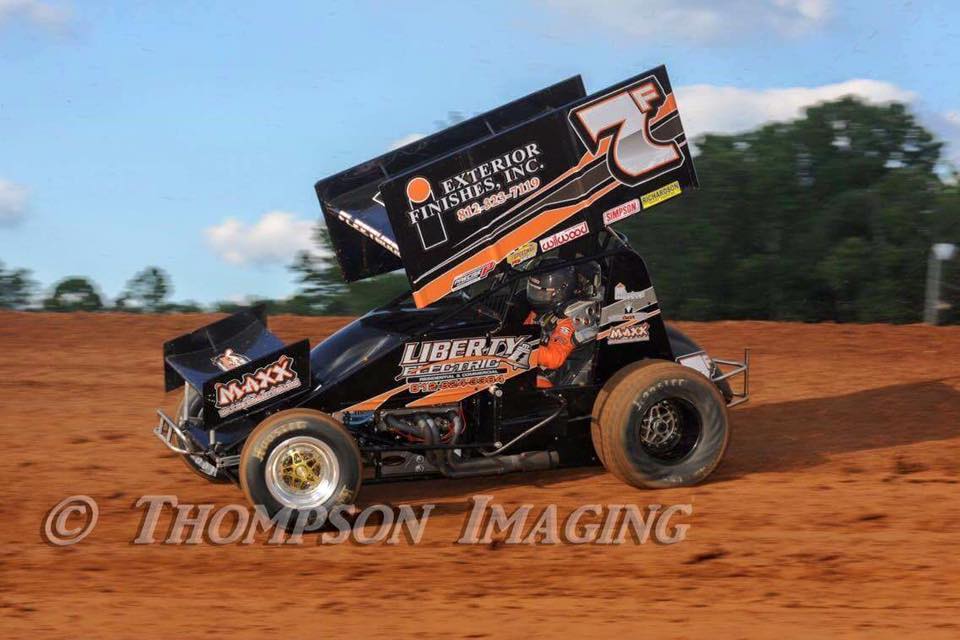 With just 6 weeks before the 2016 Racesaver IMCA Sprint Nationals kicks off, we thought that everyone might like to meet some of the drivers who will be competing this year and get a little insight into their thoughts about the upcoming event.

We will be doing this every Thursday; right up to the week before the Nationals, attempting to show the diversity of the drivers; not just where they hail from, but in lots of other aspects also.

Q:How long have you been running in the Racesaver class?

Ethan:This is my second full year.

Q:Where do you normally compete at?

Ethan:Every single Friday night we run at Bloomington Speedway, and then on some off nights we race at a couple of tracks in Indiana that run sprints once or twice a month.

Q:What do you think of the Racesaver class in general?

Q: Do you like the fact that the Racesavers are teched so tightly?

Ethan:Oh yeah! If they didn’t tech them like they do now, it would end up like the 305 class at some other tracks where people are spending twenty five to thirty thousand dollars on a motor that there’s no reason to spend that kind of money on.

Q:Is this year your first time at the Sprint Nationals?

Q:What was your impression of the event?

Ethan:It was a lot of fun. Very professionally run for sure. Everybody loves to race hard and clean at the same time, and that’s what made it such a blast!

Q:What did you think of the 3-wide start?

Ethan:When I ran micros a couple of years ago at Macon, we had a start that was 4 wide! That was one of the craziest things I’ve ever done. The 3-wide at the Nationals makes it a great show for the fans. If I was a fan and they told me that they were going to start sprint cars 3-wide, that would make ME jump out of my seat.

Q:What was it like running with drivers from all over the country last year at the Nationals?

Ethan: Where we race at there’s 14 or 15 cars, then you go to the Nationals and there’s 100 or more cars at the Nationals, it’s almost like the World of Outlaws of the Racesaver class! It makes you such a better driver when you race with those types of guys.

Q:Are you looking forward to coming to the Nationals this year?

Ethan:Oh yeah!! Even more than last year. Last year I missed making the Sunday A Feature by like 3 cars, so I definitely want to come and improve myself and make the big show.