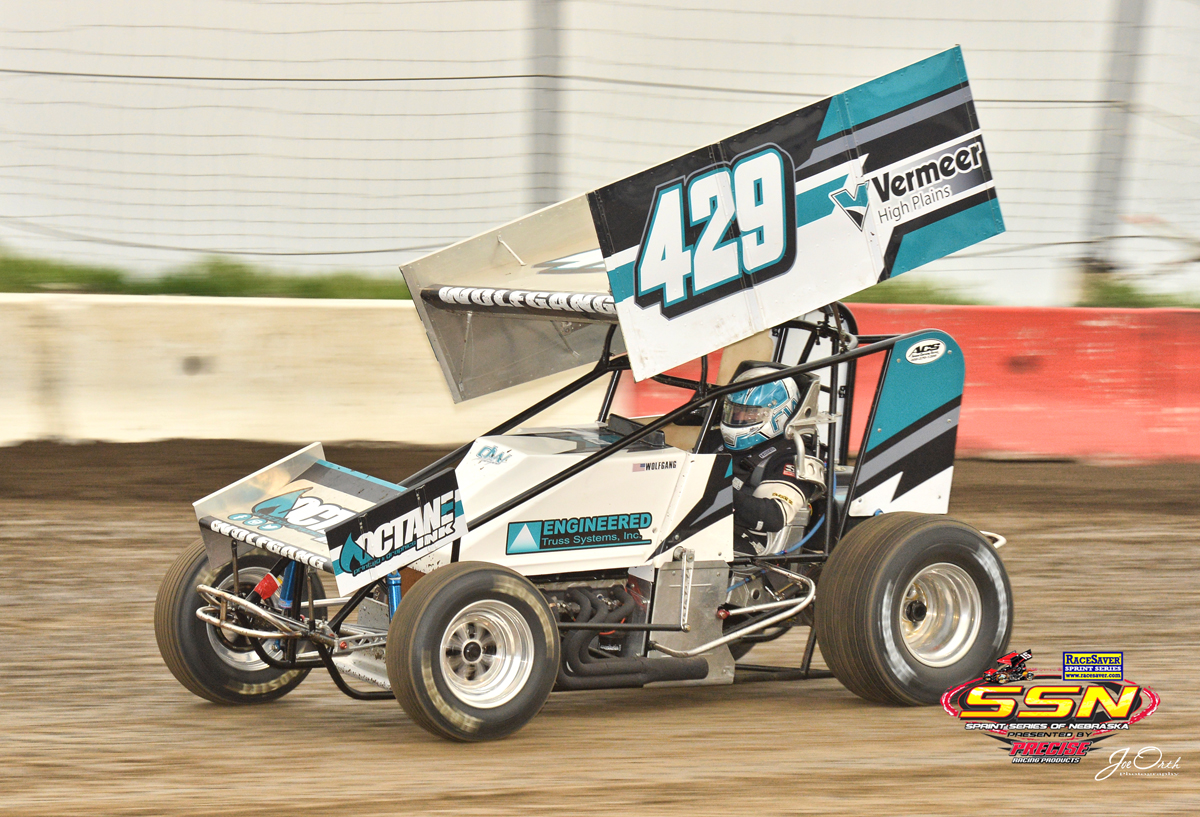 Although the previous night’s event at US 30 Speedway fell to Mother Nature, even she couldn’t stop the racing forever. It was cold, and there was a threat of wet weather, but the Sprint Series of Nebraska made their 2016 visit to I-80 Speedway Friday, April 29th. A total of 25 sprint teams showed up to do battle on the high-speed half mile.

The 20 lap A Feature ran under green flag conditions for the first 13 laps with Jason Martin in the 5X and the 429 of Robby Wolfgang battling tooth and nail for the lead. The lead went back and forth between the two until Jack Dover’s 84 sprinter came to a halt on the back stretch with 7 to go. Wolfgang used the restart to snag the lead and held off Martin over the remaining circuits to take the checkers. Tyler Drueke, Trevor Grossenbacher and Joey Danley rounded out the top 5.

This was not only Wolfgang’s first victory of the year, but it was his first race of the season. Wolfgang is the third winner in the 3 contests held so far this year for the series.

“I was surprised that we got the race in. It was misting a little before hot laps, but we did it. I couldn’t believe that the track wasn’t stickier than it was in the feature. They did a great job getting it packed in and the track was nice and wide. I started out in fourth, and Jason really took off. About half way into the race I caught him on the bottom in turns 1 and 2 and passed him. Then, then next time around he got me back in 1 and 2. By then, we were in heavy lapped traffic and just kept going back and forth. Then, after the caution we had a clear track and I held him off. That was a really fun race.

I need to thank my dad; he’s my car owner, crew chief and does all of the maintenance. Also, all of the others who help me out to be able to race”. Robby’s sponsors include Wolfweld Chassis, Vermeer High Plains, Engineered Truss Systems and Octane Inc.

After this, the third race of the Sprint Series of Nebraska’s 2016 season, Tyler Drueke leads the point standings. Jason Martin holds second place, just 5 markers behind. Third through fifth places are only 1, 3 and 4 points below Martin with Joey Danley, Clint Benson and Jason Danley holding those positions.

The next scheduled event for the Sprint Series of Nebraska is Thursday, May 26th at US 30 Speedway. 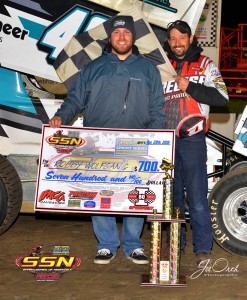