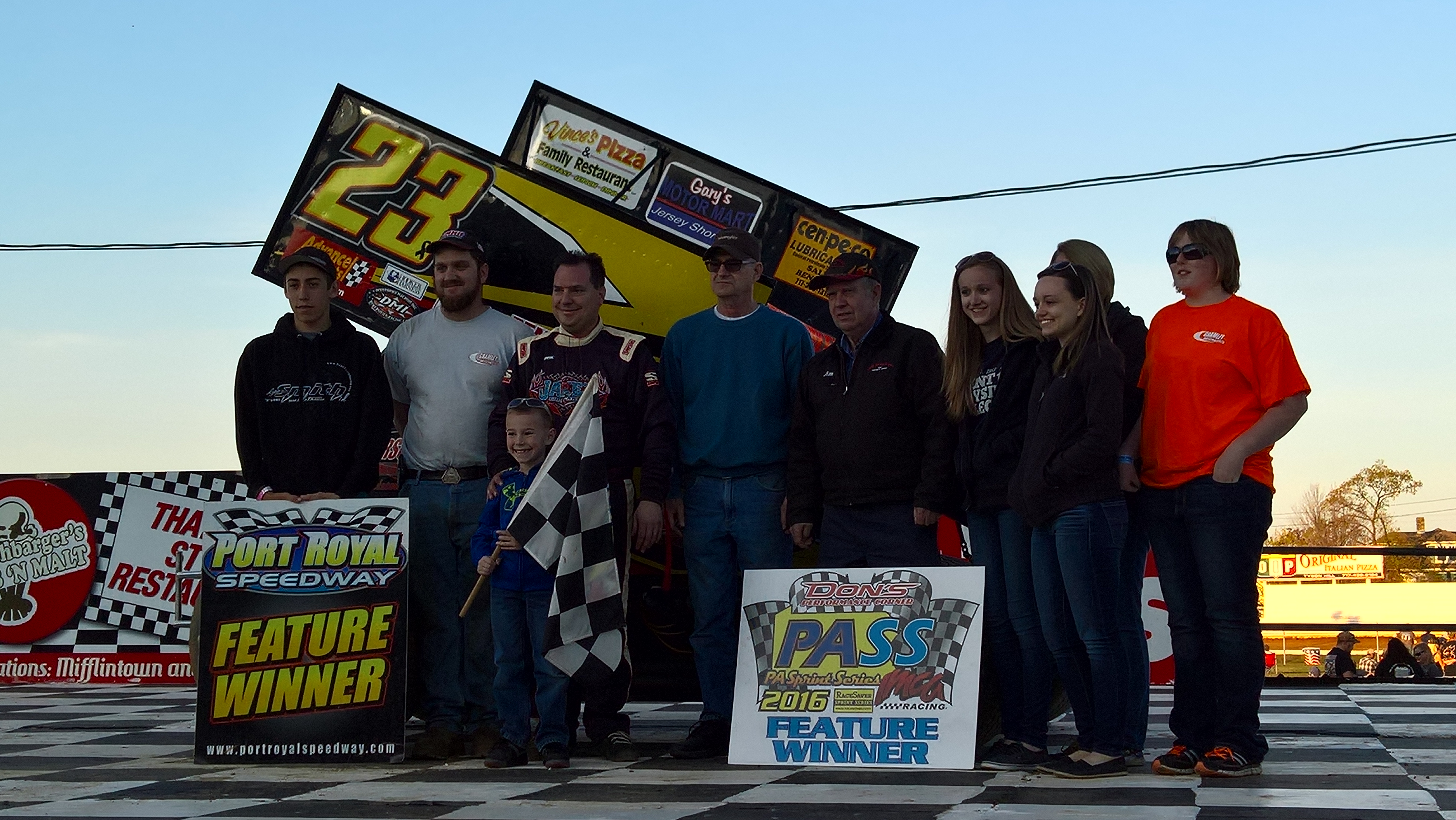 Nate Gramley of Lewistown scored a clean sweep of both 305 sprint features on the night after running off with the April 2 make up event as well as the regularly scheduled main.

Defending Port Royal Champion Jeff Miller worked into second spot on the sixth loop and threatened to challenge for the lead.

The trio of Gramley, Miller and Zach Newlin staged a spirited battle for the lead at the halfway point but the race was then red flagged for a two-car tangle on the 14th circuit.

Miller began smoking shortly after the restart and eventually fell out of the race as Gramley went on to win over Newlin, Jake Waters, Ken Duke and Scott Lutz.

Gramley wired the field in the regularly slated 305 sprint main with Newlin racing second until lap 10 when Drew Ritchie took the spot.

Mark Watkins surged late in the race to end up third followed by Newlin and Waters.