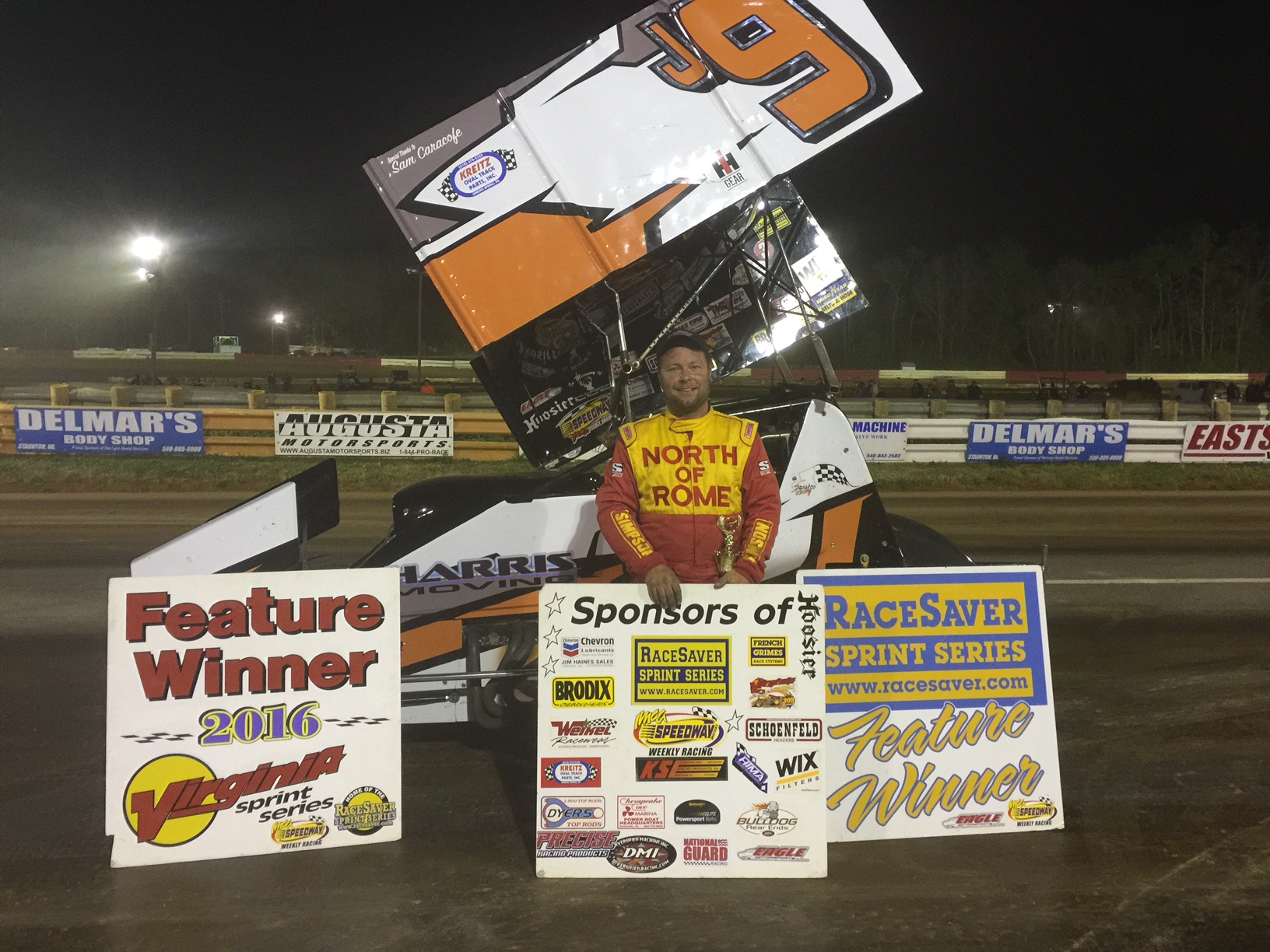 By racesaver
Virginia Sprint Series
Race #3 Saturday April 23rd 2016
IMCA RaceSaver Mid-Atlantic
Eastside Speedway Waynesboro, Va.
Jerald Harris Does a Wing Dance
The Harris boys are trying some new wing mounts on their cars and they seem to be working as Jerald Harris went to the front and stayed there. Heats kicked off the clear cool evening with Troy Severin and Tony Harris taking wins before it was off to the feature. Tony Harris and Bill Rice paced the field at the start with Harris out front on the low line with Rice taking his high line. Jerald Harris made his way to third and worked on Rice until getting by on lap five and taking off after Tony leaving Rice to battle Humphries. Jerald dove low and to the lead as Tony was getting loose and now had to hold off Humphries. Jerald was pacing the field as Humphries got under Tony but lost it the following turn taking Tony Harris with him. Jerald Harris took off after the quick yellow and Troy Severin got by Glenn Worrell for second and that’s how it would stay as Jerald Harris took his first win of the year. At the line it was Jerald Harris, Troy Severin, Glenn Worrell, Brian Lawson, Anthony Linkenhoker, Kevin Fletcher, Daren Bolac, Michael Keeton, JD Coats, Josh Perreault, Tony Harris, Bill Rice and Tom Humphries.
Next Week its back to Shenandoah Speedway Saturday night April 30th
Thanks you for your support                             Jim Haines
Virginia Sprint Series
IMCA RaceSaver Sprint Series