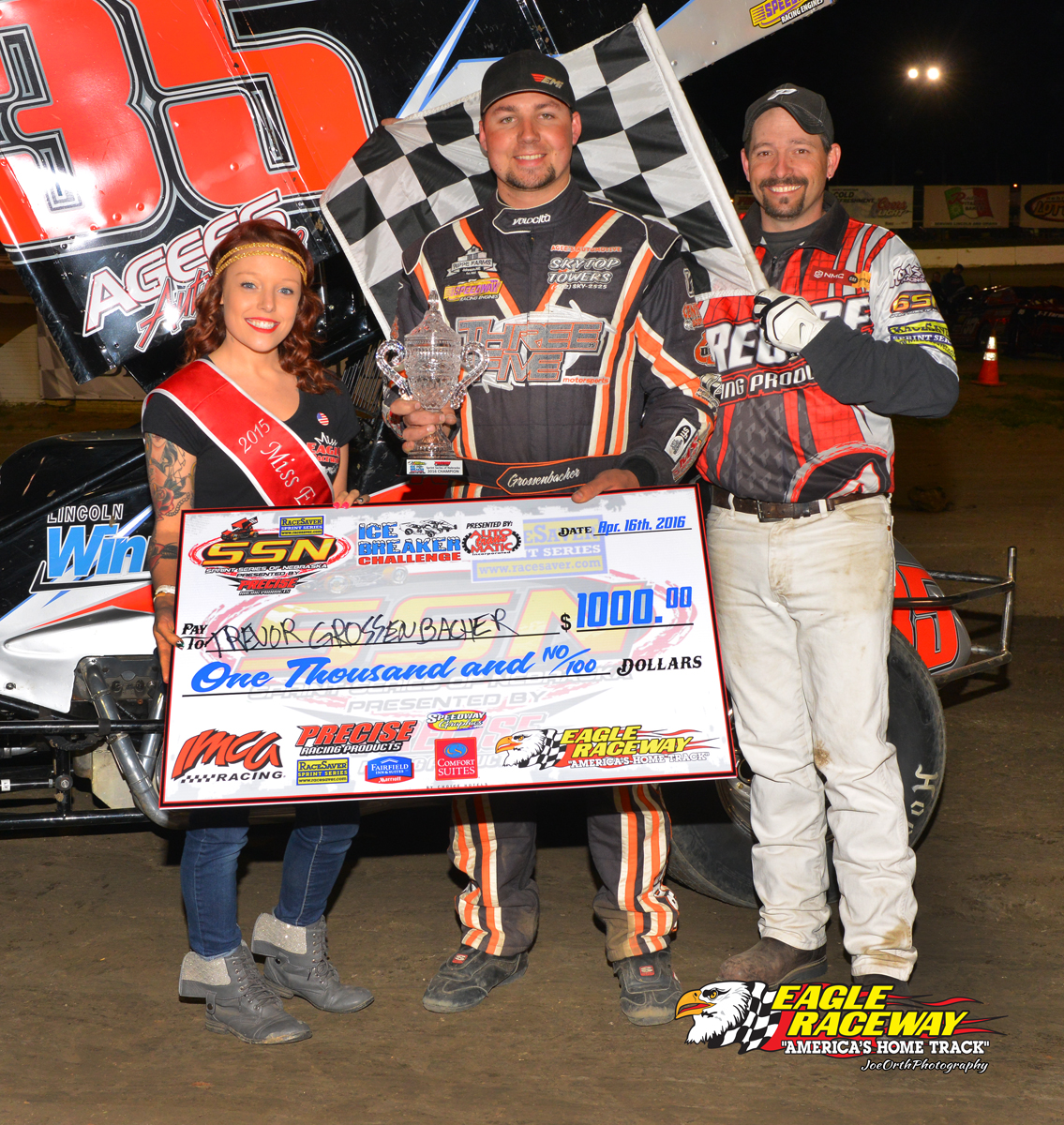 After an overcast, breezy day the sun came out just as the first cars came onto the track for the second night of the Ice Breaker Challenge at Eagle Raceway Saturday night.

Chase Weiler’s 0 got spun coming out of turn 4 in the Racesaver IMCA Sprint car B Feature and ended up sideways. With nowhere to go Dan Satriano’s #95 hit him broadside. Luckily, neither driver was seriously hurt.

The Racesaver IMCA Sprint Cars then rolled out for their A Feature. Trevor Grossenbacher’s 35, the 14 of Joey Danley, Adam Gullion in the 91 and Clint Benson’s 100 were out front of the field at the end of the first circuit. Benson passed Gullion on lap 2. Two more circuits were in the books when Jason Danley moved his 4X past Gullion to crack the top 4. He relinquished the spot on lap 9 to the 7KX of Toby Chapman who moved up to third on lap 11. It took Chapman just 3 more laps to grab second. With 11 to go Benson again took over third and Jason Danley moved back to 4th the next lap and took over the third spot the next circuit. With 2 to go Nate Weiler spun the 4W in turn 2, erasing Grossenbacher’s half-lap advantage. Tyler Drueke used the restart to get past Benson and put the #12 into fourth. The final top 4 were Grossenbacher, Chapman, Jason Danley and Drueke.

“I got lucky and drew the pole tonight, and that always helps. The track tonight was different than any time I’ve seen it. The bottom was the place to be, and that’s not how it normally is” said Grossenbacher. Grossenbacher’s sponsors include Lincoln Winnelson, Stop & Shop, Home Reals Estate, WC’s South, Husker Diesel and Speedway Engines.