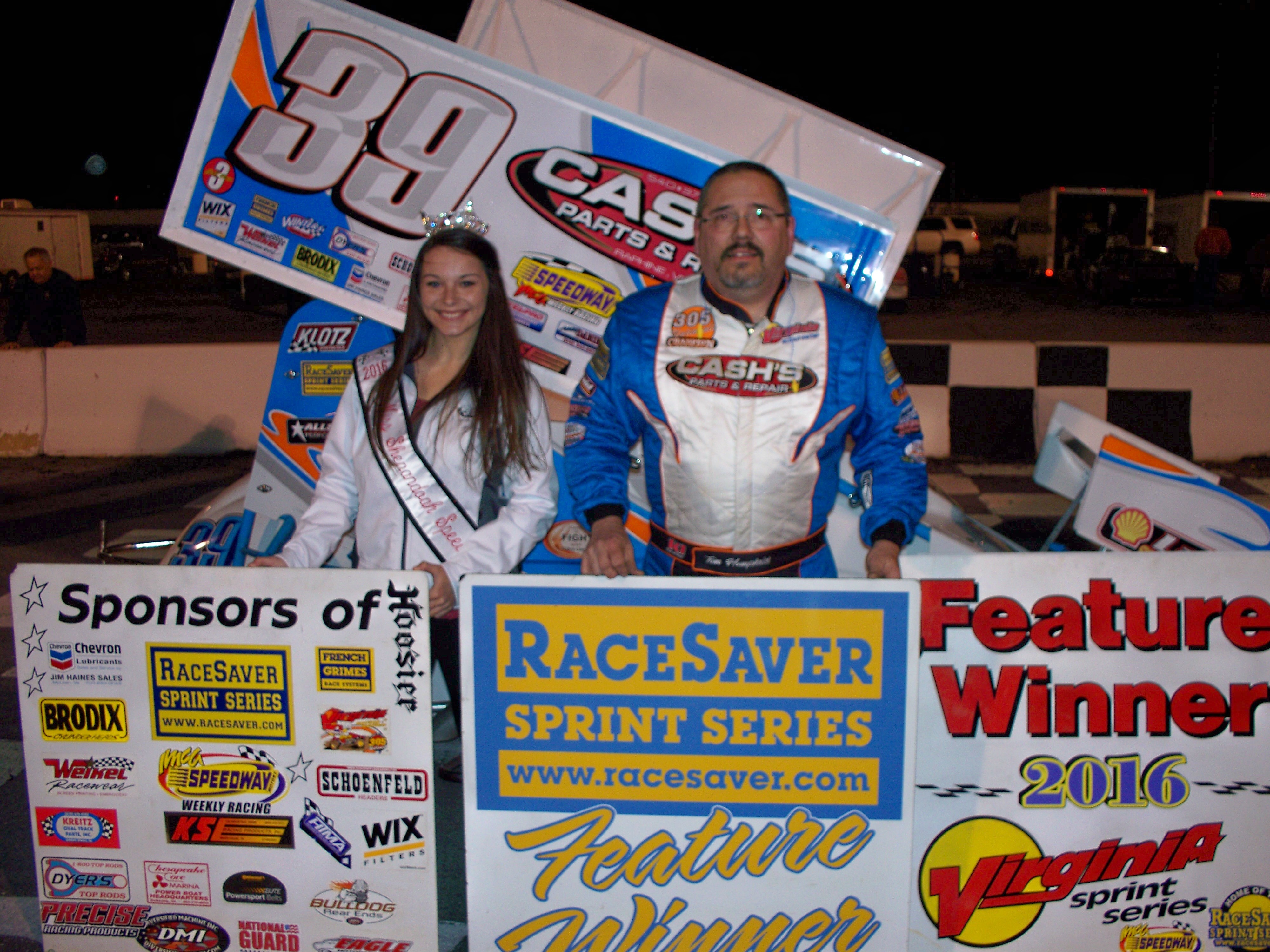 By racesaver
Virginia Sprint Series
Race #1 Saturday April 2nd 2016
IMCA RaceSaver Mid-Atlantic
Shenandoah Speedway Va.
The Tom and Jerald Show Continues
On a windy and cold night the season kicked off and the cat and mouse chase between Tom Humphries and Jerald Harris continued with Humphries coming out on top this week.
A trophy dash started the night off with Humphries coming home first in that before it was off to the feature. Charlie Ware and Tony Harris paced the field to green with Harris out first but Humphries and Jerald Harris were right on him. On lap two Harris bobbled and Humphries shot to the lead leaving the Harris brothers to fight over second. Jerald got by on lap eight and set off after Humphries for the last half of the race the top two were really going at it but at the strip Humphries held on for the win. At the line it was Tom Humphries, Jerald Harris, Anthony Linkenhoker, Tony Harris, Charlie Ware, Josh Perreault and French Grimes. On Saturday night April 16th the dirt season kicks off at Natural Bridge Speedway in Natural Bridge, Va.