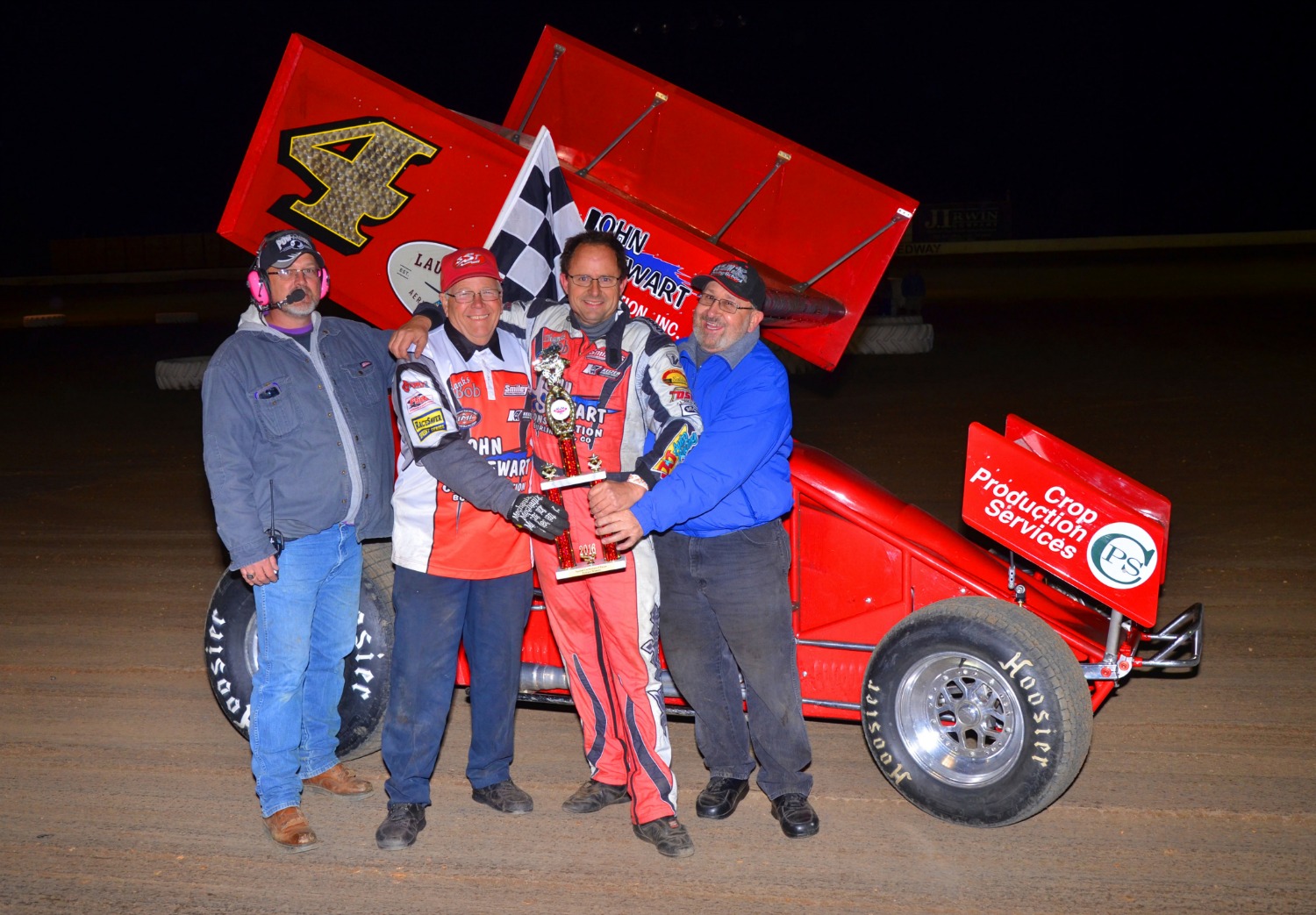 Hammock led start to finish of the 20-lapper for IMCA RaceSaver Sprint Cars at Paige and had an advantage of close to half a straightaway over Jeff Day at the checkers.

“We ran the bottom. The track was hard and slick and never built a cushion. The sweet spot was right around the bottom,” said Hammock, who’d started outside the front row. “It seemed like every time we caught lapped traffic somebody would spin and there was a caution, so lapped cars weren’t a problem.”

Hammock was a three-time SST winner and finished second in the points race last season. He’d won previously at Cotton Bowl in 2014.

“We’re excited about this season. We’ve kind of restyled our car,” Hammock said. “We went back to our favorite color red (the car was black last year) and found some little-bitty things to make the car better that I think are going to pay off.”